Do Motorcycles Have Horns?

Can you remember the last time you heard a motorcycle honk?

Motorcyclists so rarely use their horns that many believe their bike doesn’t even have one. That isn’t the case.

In reality, unless they’re custom bikes or the horn has specifically been removed, all motorcycles will have a horn because it’s required to be street legal in most places.

However, just like turn signals, the horn’s existence doesn’t mean people will use it, and motorcyclists hardly ever do.

Why is this? Should you be using your motorcycle’s horn, and is there anything you can do to make it more effective?

What Are Horns For, Anyway?

If your experience has been in New York or LA, it probably seems like the only purpose a horn serves is to get someone’s attention so you can flip them off. Or maybe to express your impatience half a second after the light’s turned green.

In reality, manufacturers don’t build horns into cars and motorcycles to facilitate your road rage. The primary purpose is so that you can warn other motorists of your presence when eyesight isn’t enough.

This could be when someone doesn’t notice you’re behind them and starts to back into you, or it could also be while taking blind curves on rural switchbacks.

This is even more important on a motorcycle because you’re less visible, something noise can help you make up for.

So Why Don’t Motorcyclists Use Their Horns?

Aside from laziness or even ignorance of their horn’s existence, the main reason motorcyclists don’t use their horns is that they don’t work all that well. Many large motorcycles are so loud that their small horns do little to draw attention.

More importantly, on many motorcycles, moving your hand to the horn means briefly taking it off another control like the clutch, front brake, or throttle, depending on your setup.

Many motorcyclists feel uncomfortable taking their hands off the throttle because, as you probably know, accelerating out of the way is usually the best way to handle a dangerous situation.

As a result, many bikers opt to make loud noises in other ways. I don’t mean they carry cymbals around or something. Rather, they rev the throttle momentarily.

As you can guess, this isn’t the best solution. Revving the throttle of your Harley Softail with custom pipes might work to wake someone up who’s fallen asleep at a red light, but you probably don’t want to do that when you’re taking a mountain curve. It’s also not going to be as effective on a 250cc commuter bike.

So What Can You Do?

Even veteran bikers on big choppers should start using their horns. If you have a smaller bike but feel like the original factory horn isn’t cutting it, you still have options to stay safe (and, in many cases, follow your local laws).

Specifically, you can get an aftermarket horn that’s much louder and more effective. There are several kinds. 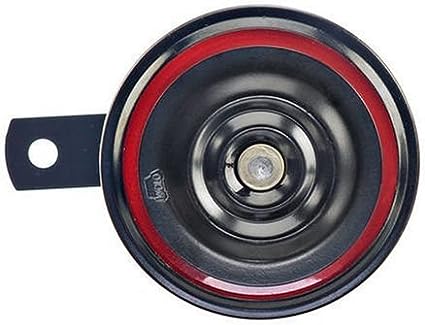 Sometimes called a “disc horn,” this is a circular device that looks like a speaker and often comes in pairs. It’s the most common stock horn, but there are louder aftermarket models available such as this one. It uses a flat diaphragm to produce noise. 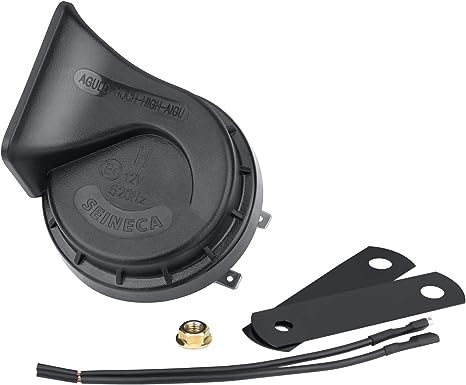 More popular in the past, this type of horn is often called a “snail horn” because it looks like one. Like a trumpet or tuba, the sound travels through the spiral, which amplifies it. There are many loud models on the market, but they take up more space. 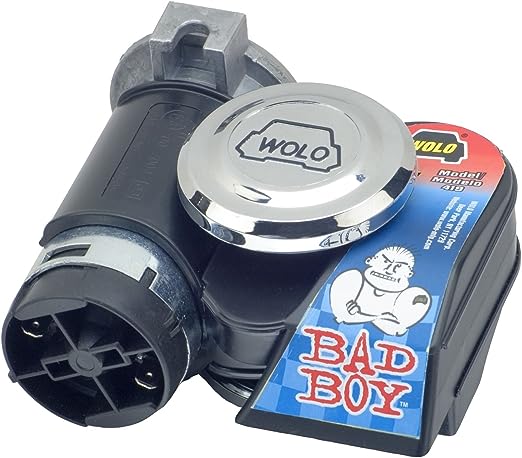 Air horns are very loud. They compress air through a small area to vibrate a diaphragm, producing a high pitch. Beware though. In many jurisdictions, especially in the United States, they’re illegal. This one is well-reviewed and available on Amazon.

A Horn Can Keep You Safe

If you’ve learned anything, it’s hopefully that a horn can make a difference in dangerous situations.

Many motorcycle accidents occur because another motorist didn’t even see the motorcyclist. A horn makes this less likely by declaring your presence on the road.

If your current horn isn’t doing the trick, consider upgrading to a quality aftermarket model.